Shriners Hospital for Children is a one-of-a-kind international system of 22 hospitals dedicated to improving the lives of children by providing specialty pediatric care, innovative research, and outstanding teaching programs. 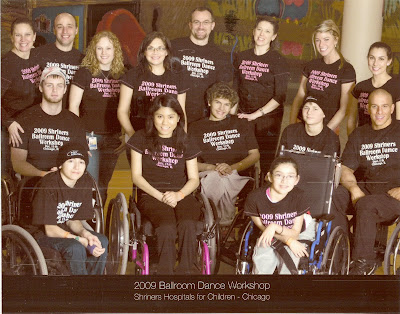 Aubree recently volunteered her time at Shriners Hospital in Chicago to teach a wheelchair dance workshop. The children had a blast learning the foxtrot, chacha, and tango! Click here to read Shriner's report on the workshop.

Aubree Marchione had the opportunity to be involved in the Mark Slaughter Benefit Concert in Utah on Nov. 17th, 2009. Proceeds from the concert support the Utah Valley University Donner-Galbraith Scholarship Fund. She and Nick were asked to perform their Latin Dance Medley as part of the night's entertainment. They were introduced by the 4 time Oscar Award winning screenwriter, Barry Morrow, and received a standing ovation for their performance. The night was organized by Stephen Carnegie, from Carnegie Entertainment, along with the help of his dynamic crew. Other performances included: Haley Hendrickson, Mark Slaughter, Brady Fullmer, Steve Bush, Adjacent to Nothing, Broke City, Shannon Lee, and more! 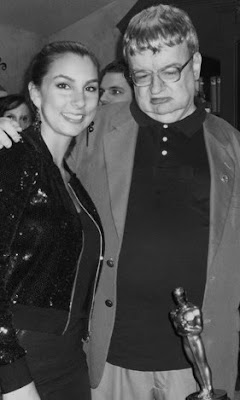 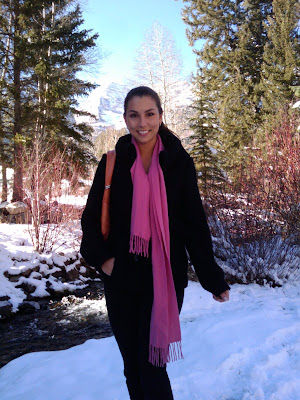 While in Utah, Aubree had the opportunity to visit SUNDANCE.


When Aubree is not busy practicing with Nick, or performing around the country at various fundraisers, you can find her working on her prime passion- commercial,television, and film projects. 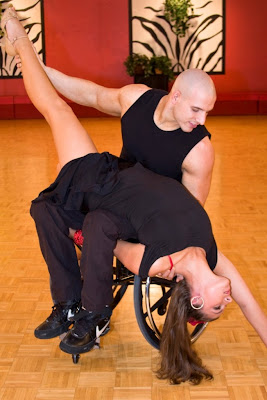 Aubree Marchione and Nick Scott have been sponsored by the Crown Plaza Hotel. They will have their hotel expenses paid for until they compete in the 2010 World Dance Championships in Europe!

In addition to training with Nick Scott, Aubree has been dancing at charity events all over the United States, and also will be teaching a wheelchair dance camp at Shriners Hospital in Chicago on Dec. 11, 2009. 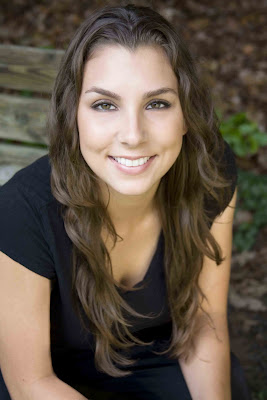 As a result of Aubree's extensive dance and acting background, she has been hired to choreograph dance scenes in the dark comedy, BullsEye, produced by Prister Productions.
BullsEye The Movie 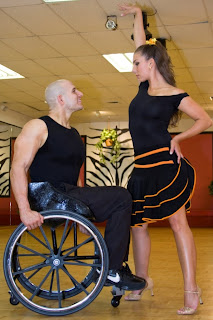 Recently Aubree was interviewed by HangProud.com for her admirable work in wheelchair dancing. Read the article, and find out how Aubree's career in dance came to light, her goals for the future, and about her unyielding pursuit to promote wheelchair dancesport. 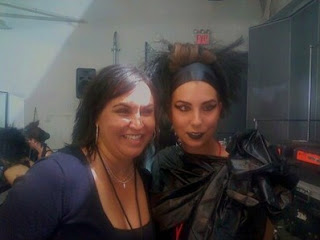 Aubree was a model for the Oribe Hair Show in NYC on August 23, 2009. She had the opportunity to work with the top Oribe stylists, and strut her stuff on the runway! The show's theme was chic and different. Oribe wanted each stylist to show their originality and craziness! Looks like that's what they did!

Here is a clip of Aubree and Nick's sexy, first-ever rhumba routine! Their next performance will be on October 11th at the 'Dance for the Cure' event in NJ benefiting breast cancer. 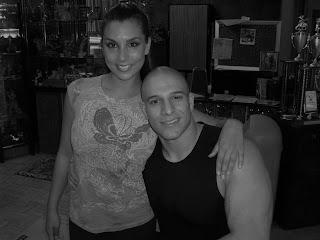 Aubree Marchione and Nick Scott were featured in the Special Living Magazine Summer 2009 Issue (Pg. 26-27). Aubree has been active in promoting ballroom dancing as an activity for people in wheelchairs for many years. Her and Nick plan on competing in the 2010 Paralympics. Read the article to find out more information and check back soon for their next video!

This is an AMC scene performed by Aubree Marchione and Robert Nuzzie. Aubree plays the role of Kyle, while Robert plays Zack. Kyle has been a very bad girl, and Zack is blackmailing her for it. Watch the scene to find out all the juicy details!

Videography by 2B Entertainment

Aubree Marchione dancing the samba and a heartfelt rhumba with students, and a beautiful vienesse waltz with another professional. Keep checking back for more videos and pictures!
Newer Posts Older Posts Home
Subscribe to: Posts (Atom)